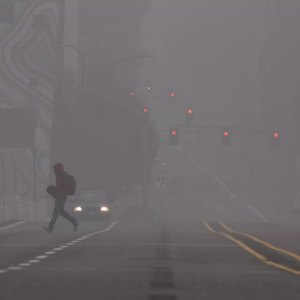 As smoke from wildfires chokes the West Coast, social media has been flooded with crowdsourced maps providing near-real time updates on just how horrendous the air really is. Much of the data are from relatively inexpensive sensors from a company called PurpleAir. They’ve only been available for the past few years, but they’re already changing everything from government maps of air quality to how communities are watching out for each other — and keeping track of the air they breathe.

Low-cost air quality sensors that measure particle pollution — including dust, soot, and smoke — have only become available to most non-scientists in the past decade or so, experts tell The Verge. As people push back against polluters in their backyards and cope with fire seasons that have grown increasingly dangerous as a result of climate change, PurpleAir sensors and others like them have become more popular, and more powerful.

“The power is not in one individual monitoring their house, but in the individual contributing his data, and another individual, and the municipality, and a scientist,” says Núria Castell, a senior scientist who studies new pollution monitoring technologies at the Norwegian Institute for Air Research (NILU). “We put all this data together and then then we have something,” she says. The resulting high-resolution air quality maps can actually lead to better urban planning and cleaner air when it comes to pollution from fires, industry, or other sources.