Air quality in cities – and the vital role of monitoring 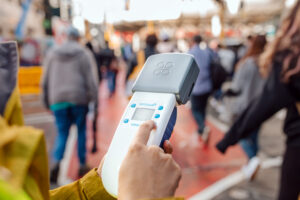 Air quality in cities – and the vital role of monitoring

As a manufacturer of air quality sensors, Alphasense has been intimately involved with the development of air quality management strategy around the world, and in the following article,

The world’s urban population has grown rapidly from 751 million in 1950 to 4.2 billion in 2018. According to the United Nations, in 2018 55% of the world’s population lived in urban areas, and this is expected to increase to 68% by 2050. Projections show that urbanisation, coupled with global population growth could add 2.5 billion people to urban areas by 2050, with around 90% of this increase taking place in Asia and Africa.

The main sources of urban air pollution are combustion products from motor vehicles, heat and power generation, industrial facilities, municipal waste incineration, residential cooking, heating, and lighting, plus gases and volatile organic compounds (VOCs) from landfills, wastewater treatment plants and intensive farming. Although urban air quality has improved in some developed countries, according to the World Health Organisation (WHO), air pollution is getting worse in most low and middle-income cities. Contributing factors include increased power demand and the soaring use of private vehicles.

When considering ambient air quality, it is important to differentiate between the four main issues: greenhouse gases (GHGs), urban air quality, indoor air quality and nuisance odours. These are of course inter-related, but their causes differ and mitigation measures vary accordingly. Climate change is caused by GHGs such as methane (CH4) and carbon dioxide (CO2), but these gases are not the most important from a health perspective. Diesel vehicles emit less CO2 per mile than petrol vehicles, which is why they could be considered more ‘climate friendly,’ but diesel vehicles are generally responsible for more nitrogen dioxide (NO2) and particulates, which is why many cities are setting up Low Emission Zones that limit diesel vehicle access.

Read more: Air quality in cities – and the vital role of monitoring